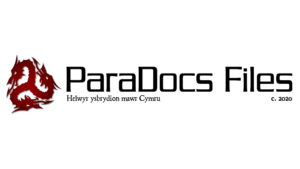 ParaDocs is a self-contained docu-style show that follows a group of ghost hunters in South Wales. The show will focus on the interactions between the ghost hunting group, their interpersonal relationships and characterisation. Much like the BBCs Top Gear, this show is not focused on ghosts or things that go bump in the night, instead, it’s the group dynamics and discussion about their ghost hunting expeditions, and excitement of exploring haunted locations.

Like many other ghost hunting TV shows the backdrop will be a ghost hunt each week. We will follow the groups trough their initial daytime visit to a haunted location, through their night-time exploration and to the interviews and post-mortem talk after the hunt. Each week there will be a guest paranormal sensitive, and several experts, from parapsychologists finding ways to debunk the claims of the group, to conspiracy theorists adding a bizarre and often tangential look at what the group finds.

The group will consist of several members, some will only have brief appearances in each episode. The Core Group of friends who’s banter and drama add entertainment value to the show. Then there is the background Production Crew who will be seen occasionally to bring the group back into line, emphasising deadlines, health and safety and budgets Breaking the group dynamic.