Here are some extracts from our interview with Herbert (Lord Herbert Digglesworth Bonjoy), the Head and one of the founders of the Imaginary Human Education and Exchange Program. Also the newly appointed Faerie adviser for the film Marmalade. It goes on for hours and hours, so we condensed it a bit.

Herbert shuffled nervously in the plastic seat like he couldn’t get comfy.

“Thank you for inviting me.”

“Take your time,” I replied, smiling my best smile. “Could you tell me how you started out as an imaginary friend?”

“Oh, yes, that’s an easy one,” he smiled and started to relax showing his large teeth. I nodded for him to continue and started recording. “I have always been a fairly small monster, not that impressive. Yes, I’m furry, I have the pointed teeth, large eyes, but my size…”

“Surely you could be bigger if you wished?” I enquired, knowing fae could choose their own form.

“Tried being big, but doors,” he admitted, embarrassed. I tried not to laugh, as he still seemed uncomfortable, thankfully Herbert didn’t notice and was deep in thought. “Then I briefly tried being a hamster.” he continued.

“Do go on,” I said knowing a change of subject was quickly needed. “Tell me where it all started?”

“My first imaginary human was a boy called Daniel…”

This is the part where Herbert tells us his entire life story, all his imaginary humans, Daniel, Charlie, Suzan, Dubaku, Smiles with Sheep (not sure if this was a human or just a Fae friend), Crystal and most recently Inches, though we think that Herbert cannot pronounce her name.

Many Hours Later, Herbert gets to the Point

After tall tales of packing large chests for short journeys, Herbert is brought back on track.

“So Herbert why was the Imaginary Human Education & Exchange Program set-up?” I asked trying to get back on subject.

“Oh, the changelings, it was getting us bad press,” Herbert replied grinning. “Fae stole human children to try and understand them.”

“Leaving fae in their place?”

“Exactly, but this didn’t really result in any level of mutual understanding. Human children would be brought up as fae, but fae still struggled to fit into human families. Many would unintentionally cause trouble. The human dark ages came about, belief in fae dwindled and many of us were killed. We needed a better solution.”

“Yes, the Fae younglings learned so much from their Imaginary humans. At first, it was open to humans of all ages. But then we figured out that it was only the human younglings that still truly believed in the fae.” 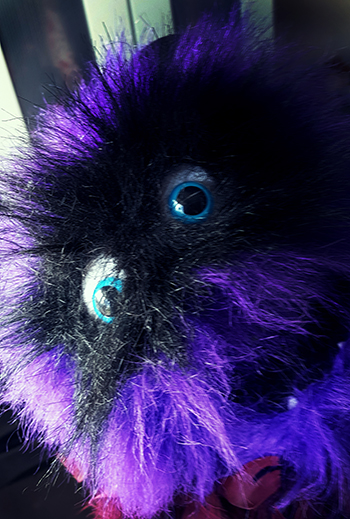 “The older ones stopped being able to see us, it’s quite sad really.” Herbert wiped his furry cheeks and sighed. Possibly remembering past imaginary humans.

“So what benefit does the program bring to Fae and Human’s?” I continued, as it was now growing late in the day.

“Fae gain insight and knowledge of the human realm, it keeps changing ever so fast. Puters, with internets for catching stuffs, little boxes that talk and sing. It’s amazing!”

“And all without magic.” I agreed.

“Yes, they have no magic any more, well a few do, and don’t know, or they have to hide it. And young humans who have imaginary friends learn about the fae, Arcadia and magic. Even if they forget when they grow up. It can stay inside them, helps to balance the universe. Very important that.”

“Well, thank you for your time, Herbert. It’s been very enlightening talking to you.”

“No problem. Do you have any more of these tasty biscuits?”

Imagine you left your native country because you wanted to explore your neighbouring world and embrace the European dream. Imagine you truly believed that the European Union was your home and that, as well as being a citizen of the country you were born in, you were also a citizen of Europe. Imagine you fell deeply in love with your new country. Imagine you built a life there, married, had children, a career, and started a business... You felt happy and totally integrated. You were at home. [link]