While developing Marmalade for film we came across the choice of how to bring Marmalade to life, do we use puppets, cgi or a real owl. This is a choice many filmmakers will face when dealing with none human characters. A choice that has many options but not all of them are good for your production. 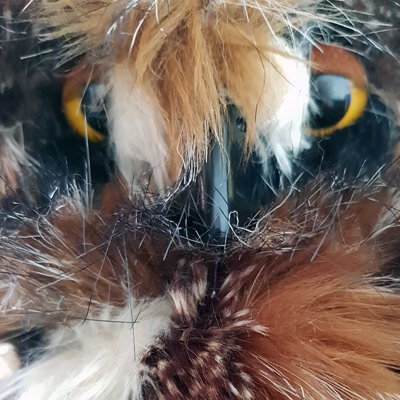 When developing Marmalade we started out thinking that an animatronic puppet would be the best solution. Starting with the Furby as a base for the eyes and movement. This however proved difficult, not only would we need to find someone who could make the puppet, there was the cost of fabrication. Then there would be the hurdle of making the movements look organic and not like a machine. If we had a budget big enough to spend thousands on this then I don’t think we would have explored the other options. In many ways, we are glad we didn’t have a budget as we had to become more inventive.

Enter CGI, we initially dismissed this as an option as we felt to do Marmalade right, it would take an experienced team of CGI artists. Even when presented with the option of a Hollywood level CGI team the choice was still hard. The team’s work is very impressive from Rocket Racoon’s fur in Marvel’s Guardians of the Galaxy to Star Wars Rogue One. I felt that if this was a bigger production the team would have done a fantastic job of animating Marmalade. However, for the scale of production on the film, it was a bit too much to ask. Not to mention the practicalities of setting up the shots, lens choice, lighting and location for a CGI character to fit into the scene.

Our next thought as if we can’t fake it can we get a real owl on set. The answer was yes, the practicality was somewhat more interesting and complex. This would offer us the chance to shoot everything with minimal post-production work, and the added bonus of Winston the Egyptian Eagle Owl. However looking further into this it became more complex and too much of a logistical nightmare for a film of this scale. We would need specific insurance, a least two handlers on set. We would be limited in what actions we could do with a real owl. Then we would have to hope Winston wants to play ball on the filming days. 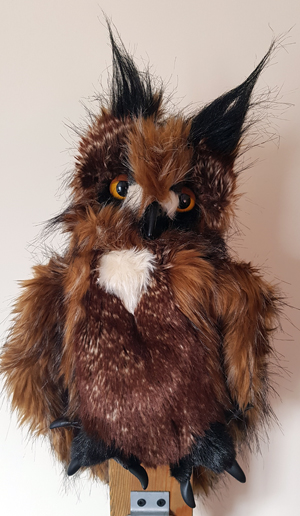 During one night of insomnia, an internet search happened. To see if there were any puppet owls we could buy that would be capable of doing what we want and looking vaguely real. I found Folkmanis.

That was it, the Folkmanis Great Horned Owl was perfect. It came in on budget and would mean we can get everything we want in camera with little post-production. We had essentially come full circle back to practical puppets. Other than buying the puppet, the only expense was our time to learn to animate Marmalade. Thankfully Folkmanis puppets are very well made and easy to handle, and within minutes Marmalade was coming to life. The only thing left now is some green spray in hair dye, Faerie dust, and hairspray for styling, and Marmalade is ready to go. If you’re wanting good quality puppets for film work especially for kid’s films we recommend you take a look at the Folkmanis range. Their cats are especially nice and they do have an interesting Raven.